Member of the Interfaith Liaison Committee to the UNFCCC 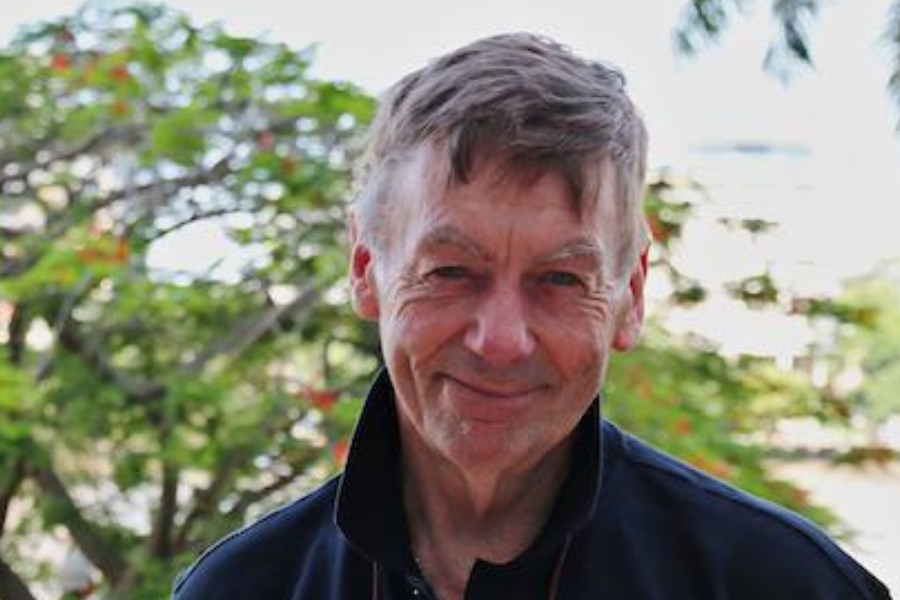 For several years Bishop Philip has been a Bishop in the Anglican Church and was the recent President of the National Council of Churches in Australia (NCCA). The NCCA has incorporated environmental care into its mandate for many years, taking a leading role in building momentum toward the 2021 United Nations Climate Change Conference (COP26).

The role of faith leaders internationally is to raise the ambitions of our political leaders. 84% of the world population have a religious belief. Just as faith leaders played a crucial role in building momentum for the UN COP21 negotiations for the Paris Agreement, so we must make a similar contribution now…"

Most of Bishop Philip’s climate efforts are through the Interfaith Liaison Committee (ILC), which networks Faith communities working towards a socially just and climate-safe world. The ILC monitors developments within the United Nations Framework Convention on Climate Change. It provides a space for faith leaders to coordinate efforts in line with implementing the Paris Agreement and brings a faith voice to COP negotiations.

If we are to achieve containment to 1.5 degrees, it has to be negotiated and implemented [through the UN]. It’s our best chance.”

Bishop Philip feels gratitude that there is an international platform for countries and stakeholders to engage on climate change. The resounding support that the Glasgow Climate Pact from COP26 - the first international climate agreement explicitly planning to reduce unabated coal usage - has received is inspiring.

The Glasgow Pact helps to keep the hope of the Paris Agreement alive. We’re now in the period of making sure that this Pact is honoured. That is the focus of our prayers, meditations and advocacy."

The ILC includes groups from Africa, South America, Europe and the Asia-Pacific. Much of Bishop Philip’s energy is devoted to the ILC and its purposes, on the pathway to COP27.

At this stage of life I just want to focus on work that will benefit my grandchildren and their generation.”

Philip helped establish weekly prayer and meditation groups that ran through the lead up to COP26 and into 2022. These groups also provide a space for people of all faiths to reflect on climate and learn about each other’s efforts. Many had the desire to attend COP26 but were unable to go, and this group ensured that their energy could be harnessed from all corners of the world. Negotiators and representatives who attended COP26 in person reflected that this spiritual energy helped to sustain and illuminate their work. This year, under the banner of Towards UNCOP27: Fresh initiatives of prayer and meditation they are meeting on Zoom each Tuesday, convened by Elaine George.

Providing space for reflection and mindfulness helps to ease climate anxiety, which is another issue that has been gaining attention within faith communities. It is a priority of Philip’s to find ways of sustaining good mental health while encouraging ongoing climate action within the community.

The theme of COP27 is Climate Justice, an issue that directly intertwines with Philip’s work with refugee communities. He is particularly concerned with how climate change will create swathes of climate refugees in our region, and what the Australian Government will do to establish coordinated humanitarian action.

The private sector is making major investments, as are State and Local Governments. More and more individuals are pursuing zero emissions lifestyles. The missing link is a coherent national strategy."

Philip believes that Australia has a role to play in assisting nations disproportionately impacted by climate change to develop sustainable economies centred on clean energy. Responding to climate change is a matter of applying the solutions that already exist, but just need to be implemented, to transition Australia and our region into renewable economies.

Australians need a government that treats climate change as an issue that requires urgent action. The action in this critical decade will determine whether we, as a human family, can contain climate change to 1.5 degrees of warming.”

A coordinated and holistic national strategy to address climate change from social and economic perspectives is urgently needed.