CEO of the Smart Energy Council 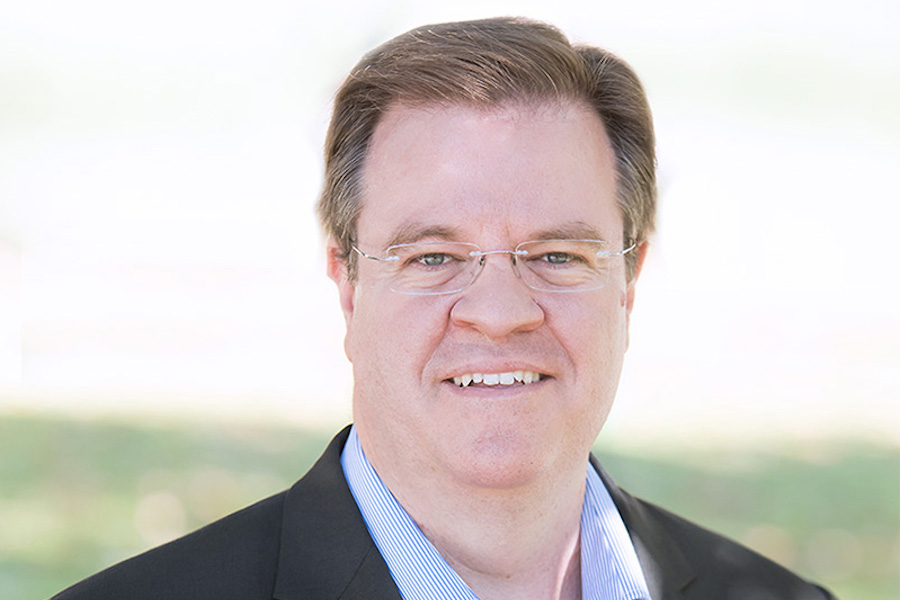 As CEO at Smart Energy Council, an independent body representing a diverse group of around a thousand companies operating across Australia, John believes the only way we can have a strong economy is to have a safe climate.

By acting today, we will not only create a safe planet and secure our future, but we will prosper as well.”

He explained that Australia has many natural advantages that make us a prime location for renewable energy generation.

John has a passion for the solar, storage and smart energy industry and is excited by the potential for renewable hydrogen to open doors for renewable energy markets.

The Australian economy depends on the energy resources that we [export globally]. And those resources now… have an expiry date on them. Either, we ignore that fact and, in 15 years, the world is going to squish us as those markets evaporate, or the Federal Government delivers on its moral responsibility to reposition the Australian economy. We have the opportunity to make the most of our competitive advantages, including our fantastic sunshine, wind, our energy-exporting infrastructure, stable democracy and relationships across the Asia Pacific region."

John has always felt a strong connection to the natural world.

I grew up on Christmas Island. So I played in the jungle and was very close to nature - I was immersed in the wildlife and it was absolutely fantastic. It was like a paradise. There was no … inhumane detention at that time, so it was a lovely place to grow up.”

In 2003, John founded a water purification company and sold technology in the Middle East, the US and China - all very water-stressed places. He learnt a lot about the importance of water conservation and recycling in that role. He realised how important it was to conserve precious resources and take a circular approach to their re-use.

Putting those entrepreneurial skills together with the desire to make a difference on climate led me to the work I currently do.”

It was travel that left John feeling hopeless after experiencing air pollution and witnessing overfishing practices.

I was at Beijing airport and it had the worst air pollution that I’d ever encountered in China. You couldn’t even see the aircraft on the tarmac from the waiting area.”

As the plane took off, John was able to see a sheet of grey smog covering the whole city. It was nighttime when he was flying above Ho Chi Minh City, and from 40,000 feet he could see the city’s bright lights. He then noticed lights off the coast in the ocean, brighter than the entire city. These lights are used to attract squid into fishing nets.

The area covered by these lights was just staggering in comparison to the point of reference, being the city. And these boats are out there every single night.”

He remembered feeling that people and the planet are in ‘serious trouble’ due to the unsustainable pressure we are putting on natural systems. John reflected on a lucky day during his time in Beijing. A great change swept over the mountains to reveal a dazzling blue sky and the Great Wall of China became visible in the distance. It was this experience that renewed his motivation to bring climate action to every element of his work.

How Australia compares to other countries' on renewables uptake

The challenge is scale. Having said that, there are some industries where we can totally compete. Battery manufacturing - we’ve got all the raw materials… Successive Australian Governments have just given up on manufacturing. They think we can’t compete and so we just won’t manufacture anything. It’s so wrong, especially the social side of it.”

John also described how the National Electricity Grid, which powers most of Australia, was designed to protect coal-fired power plants.

Australia’s best days lie ahead. By transitioning rapidly, we can create more wealth and more job opportunities, and cement ourselves as a moral global leader.

John is excited about how the Smart Energy Council’s Zero Carbon Certification Scheme is progressing. It launched in 2020, and it promotes the uptake and distribution of renewable hydrogen products and their derivatives in Australia and overseas. The scheme, delivered through the Smart Energy Council’s Hydrogen Australia division, assesses the embedded carbon in participating hydrogen, ammonia and metals produced within Australia.

This industry-led initiative complements the Australian Government’s work in this area as part of the National Hydrogen Strategy and aligns with international certification work. The aim is to accelerate the development and deployment of renewable hydrogen, green ammonia and green metals in Australia and around the world.

It’s important that consumer countries demand genuinely zero-carbon hydrogen. So we’re working closely with them in this scheme, and we’ve audited our first major client and are underway with a second client now.”

John is also excited about the rapid progress happening with the Smart Energy Transition Plan, which brings with it huge opportunities for revolutionising Australia’s energy use.

There are huge implications for bringing EV infrastructure to homes, but if we get it right, it could be a massive national asset to accelerate the impact of renewable energy.”