Co-Founder of the Islamic Thought, Legacy and Renewal (ITL&R) Group 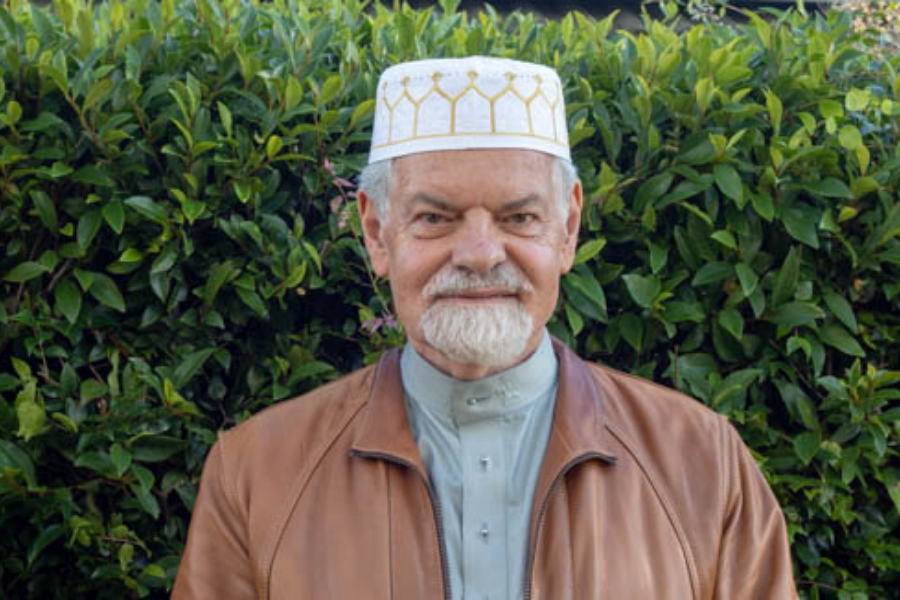 “We should celebrate the great blessings we experience in having a high standard of living, beautiful living environments, and abundant natural resources, while acknowledging our responsibility for stewardship of a whole continent."

Dr Batchelor is an Adjunct Fellow with The International Institute of Advanced Islamic Studies (IAIS) Malaysia and has worked on Muslim community projects with the Australian Religion Response to Climate Change (ARRCC) and the Climate Reality Project. Dr Batchelor engages with Muslim communities in Australia and overseas. In December 2021, he coordinated a very successful webinar with IAIS Malaysia, between Australian and Malaysian speakers and participants on the topic, “Preparing for COP 26: Curbing Carbon Emissions by Governments, Civil Society and Individuals.” It demonstrated that Malaysia is leading ambitious climate action and that Australia has a role to play in advancing this work within the region. There are many opportunities for Australians to support our neighbors to achieve climate justice, and he found their spirit to be inspiring.

Dr Batchelor is concerned that Australians have some of the highest emissions per capita in the world and that we must consider ways to reduce our carbon footprints, with part of the solution being to reduce wasteful consumption.

“We must be content with the simple things; we can live at a lower level of wealth and expenditure while enhancing happiness in life.”

Teachings from the Qur’an and Sunnah tell us how we should tread lightly on the Earth, with as minimal impact as possible. Islamic thought highlights how a lower-impact lifestyle can enhance self-fulfillment and enable followers to differentiate between needs and wants. As wealthier countries, like Australia, consume much of the world’s resources, these teachings draw our collective attention to the benefits of more sustainable modes of consumption.

Dr Batchelor and other professional activists contend that Australia should adopt a de-growth model, the steady-state model, which goes beyond a circular economy. A steady-state economy is founded on the idea that we need to consume less and repurpose more. If the whole world was consuming at the rate Australia does, the Earth’s non-renewable resources would be exhausted within four months. By adopting a de-growth model  we could achieve and maintain a steady-state economy, one which no longer needs exponential economic growth to support a healthy and happy population.

“Changing habits is not easy, and excessive consumption has become habitual for many Australians.”

Cutting-through to everyday people is key to  promoting alternative ways of living in a more sustainable way. This is the only way to operate within the Earth’s biophysical limits. A recent article in the Australasian Muslim Times (AMUST) by Dr Batchelor perfectly captures this idea. Achieving a steady-state economy would involve cutting back on advertisements, to limit how much ‘stuff’ people are bombarded with; ending planned obsolescence, shifting from ownership to usership, ending food waste and scaling back ecologically damaging industries. He sees this as a key lesson for wealthy countries to take when engaging with their less consumer-driven neighbors. We have much to learn from their perspectives on sustainability.

Dr Batchelor publishes climate-related articles with the AMUST. He also continuously advocates for greater climate action and collaboration between Malaysia and Australia. He has lived and worked in Malaysia for three years, where he headed the Science, Technology, Environment and Ethics Unit of the International Institute of Advanced Islamic Studies. During that time, he delivered annual conferences on sustainability and the environment, and contributed to works such as the book, Islamic Perspectives on Science and Technology Selected Conference Papers. He rallied environmental NGOs in Malaysia to participate in forums and roundtable discussions and, before the United Nations Sustainable Development Goals (SDGs) were developed in 2015, he and his group contributed ideas that influenced the Malaysian Government in their national recommendations towards formulating the global SDGs.

Dr Batchelor is pleased by PM Morrison’s commitment to net-zero by 2050, but considers this to be the first step in transitioning our economy to being one that is truly sustainable. He envisions Australians becoming more active stewards of nature, and for humanity to come together as one big human family to protect those most vulnerable to climate change. He wants to see Australians reduce wasteful consumption, and follow a moderate path of balance, contemplation, and contentment. In particular, there are several specific actions to be taken in achieving these goals; disincentivising large new houses and waste generation, encouraging reuse of goods, a star-system for advertisements which rate products based on environmental and social wellbeing, reduction of red meat consumption and government policy to assist climate refugees.

This last point is particularly important for the federal government to consider as Australia has many island neighbors who will experience the impact of rising sea levels from climate change. As a nation we are experiencing the impacts of climate change right now, but we have the opportunity to deliver climate justice collaboratively with our regional friends. Protecting the environment enhances the wealth and security of all life on Earth, which is a key consideration within Islamic teachings.

“Corruption has appeared on land and sea because of what the hands of people have earned so [God] may let them taste the fruit of their misdeeds that perhaps they may return [to righteousness]."