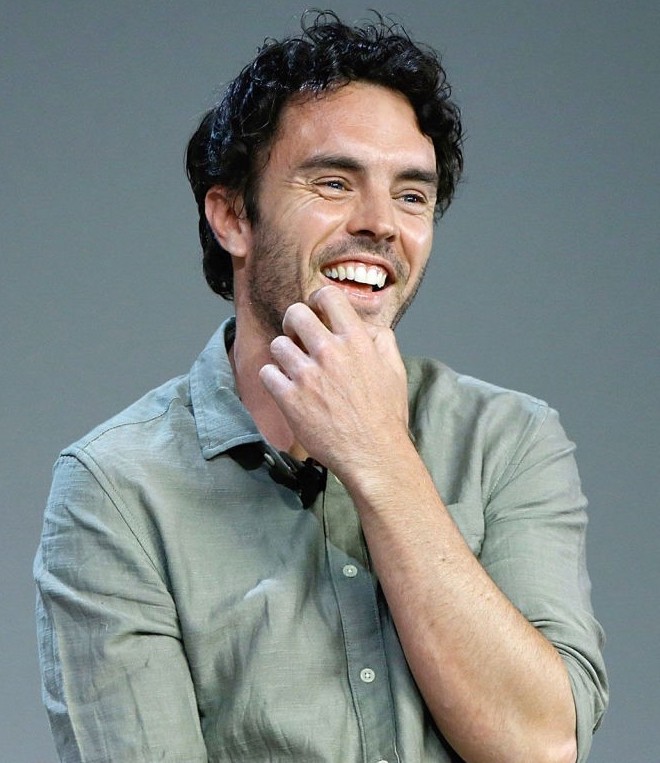 Damon is the award-winning director of 2040, That Sugar Film, and his latest short film, Regenerating Australia, has recently toured the country. Damon spoke at the 2019 UN Climate Action Summit in New York, and has addressed numerous Governments around the world and spoken at organisations such as Google, BP, PWC, ANZ, Zurich, Atlassian and many more.

Following the success of 2040, Damon wanted to keep up the momentum and engage Australians in an exercise to find out what their hopes and aspirations are for a Better Future. Regenerating Australia is a film and campaign seeking to accelerate Australia’s transition to a regenerative future.

We didn’t know what to expect, really, going into it, as the first part of the tour happened just after the lockdowns. But we’ve pretty much had a full house at all events…it was definitely worth it for the turn out and the community spirit that people were missing.”

We charged 20 bucks for the tickets, which all went back to First Nations speakers and performers…we ended up working with about 40 different Elders and dance groups and Didg players. It was one of the highlights, to hear all those different stories and hear what regeneration means to them.”

Damon and the team at WWF established a fund called the ‘Innovate to Regenerate Challenge’, that invites submissions with clear social, environmental and economic benefits that deliver positive outcomes to Australian communities and which prioritise participation from marginalised groups.

The whole point of this film tour was to activate communities, and that’s been done by linking it to many points of action and parts of school curriculum.”

Damon recently finished up the filming on another regenerative project overseas, which has helped bring to life a decentralised and inclusive movement there. There’s plans for this project to be screened on United Nations buildings and the Taj Mahal - some of the filming took place at the 2021 United Nations Climate Change Conference (COP26).

Damon became fascinated with storytelling, convinced that it wasn’t just the issues themselves, but also the mode of delivery that they’re carried to audiences that isn’t as effective as it could be. He took it upon himself to learn more about the psychology of climate change and the way that our minds deal with confronting information.

In 2016 I was reading about the bleaching of the coral reef. I remember reading the first maybe four or five sentences, and then I turned the page to read the next article. I stopped myself, and thought ‘that’s a really big issue and I didn’t even read on’. What is it about our, or my, ability to connect with these issues - what’s the psychology there? Something really happened to me at that moment.”

Damon emphasised the importance of needing realistic, positive visions of the future that people can strive for.

It surprised me, when I started researching all of this, that there weren’t more films or stories showing what a better future might look like if we enacted some of the many solutions we have available to us.”

Damon lamented that constant scare tactics can push people to disengage from climate discussions and from taking climate action, because they think that there isn’t a point. More grounded, optimistic visions of the future can be empowering and push people to consider ways to engage their communities, businesses and governments. This is what happened after the 2040 film – huge numbers of people took action in areas that were offered to them on the film’s website.

For Regenerating Australia, we did four months of interviews with a really diverse group of people from all backgrounds. We’d often have five or six people in the group at once, and we wanted to simply ask: ‘what would you like to see happen to improve Australia?’”

Damon described a thought experiment that he would run in his workshops as well, where he asked people to close their eyes and envision what, after 15 years of regeneration, their own suburbs would look like.

Afterwards, people would get really emotional and say ‘I’ve just never thought to or have done that before.’ We’re outsourcing our imaginations, we’re outsourcing our dreaming to other people and corporations that are thinking about 2040 right now.”

There’s some research from Berkley that tracks the use of nature-related words in our creative works, like books, films and songs. These words absolutely plummet in use over the last hundred years. They’re not showing up in our stories anymore. We’re not valuing the living world as much as we used to.”

Better Futures Australia is a way to continue to share the multitude of stories of progress and good things that are happening, so we galvanise around a common goal – net-zero way before 2050".