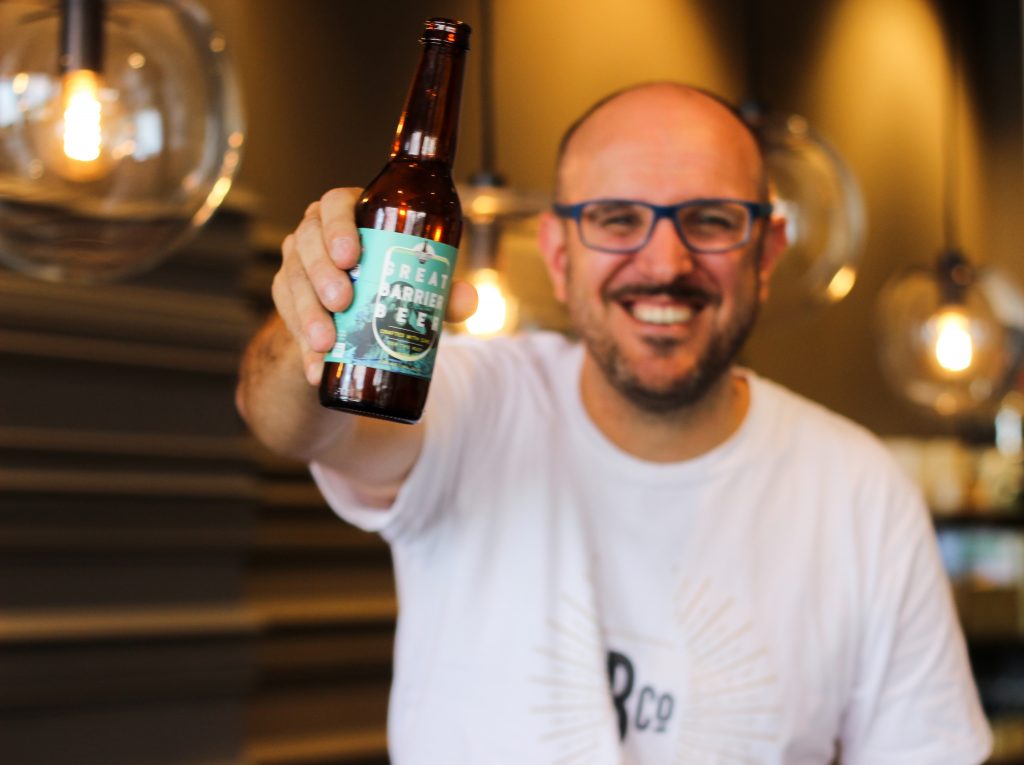 James Grugeon is an environmental and social entrepreneur, and he has held leadership roles in social enterprises, not for profits, start-ups, corporates, and government over the course of his career in this space. The Good Beer Co. is his social enterprise beer company, which James created to brew and sell beer that raises awareness and funds for good causes. We at Better Futures wanted to learn more about how James came up with the idea to start Good Beer, and what his experience has been like in running it.

He built Good Beer from scratch, and it was launched during The Triffid live music venue in Brisbane in November 2015. James has always been passionate about corporate and social responsibility, and environmental and climate action, which is why he wanted to create a social enterprise that embodied best practice within the industry - to show others how they can use their businesses to generate social impact.

James told us that he started Good Beer because he was inspired by what purpose-led businesses can achieve, and he wanted to bring such a social enterprise to Australia. Good Beer is the first of its kind here, and is based in Brisbane - and it stocks all over the country. James and his team scout social causes from across Australia to team up with communities and develop unique beers that promote action.

Most recently, Good Beer teamed up with Pozible, Hop On Brewery Tours and eight independent craft breweries from across the country for the ‘A Good Beer Always Helps’ campaign, which raised donations to shout Aussie essential workers a gift of local craft beers.

James passionately described other campaigns he’s created beers for, including the ‘Great Barrier Beer’, where 10% of every sale goes to the Australian Marine Conservation Society and their Fight for Our Reef campaign. As a nature lover, James was particularly excited about his project, as he could bring together two of his greatest interests - beer and conservation.

Good Beer’s other Australian projects include ‘Pale Tail’ for the RSPCA and ‘Love²’ for the Marriage Equality Campaign. These projects have become widely recognised across the country, helping James and the team to bring awareness to causes with new projects.

James was one of the of the Queensland Government's ‘100 Faces of Small Business’ and a finalist in the 2018 Lord Mayor of Brisbane's Business Awards and the Channel 7 Business Person of the Year Award. Great Barrier Beer and the partnership between Good Beer and the Australian Marine Conservation Society was a 2018 finalist in the prestigious Banksia Sustainability Awards ‘Minister’s Award for the Environment’.

Great Barrier Beer was awarded a Bronze Medal and Pale Tail was awarded a Gold Medal in the 2019 Royal Queensland Food and Wine Show Beer Awards. Both beers were voted into the Hottest 100 New Australian Craft Beers of 2018. James expressed his pride in these achievements, pointing out that as a small social enterprise, Good Beer punches above its weight. He described how the relationships and partnerships he’s built with sustainable and local breweries are what makes Good Beer so successful.

This year, James has made it his priority to get Good Beer’s climate action commitments publicly available and verified. He described the difficulties in this process, because such reporting is very time consuming and can be difficult for small breweries to manage.

However, he is determined that Good Beer will become B-Corp certified, which he described as being a lengthy process because of disruptions from the pandemic. This year they are intending to join Race to Zero and establish their own verified science-based targets, to measure the emissions from their breweries and those that they partner with to make beer.

James is proud to be supporting the Aboriginal owned and led non-alcoholic beer company, Sobah. He is an Advisory Board member for the company, and is providing his advice on social enterprises.

Good Beer uses sustainable packaging and procurement processes, James told us, and they carefully select the breweries that they work with based on their environmental and social impact. They are in the process of producing climate action plans for the business, and have several more beers to launch later this year!