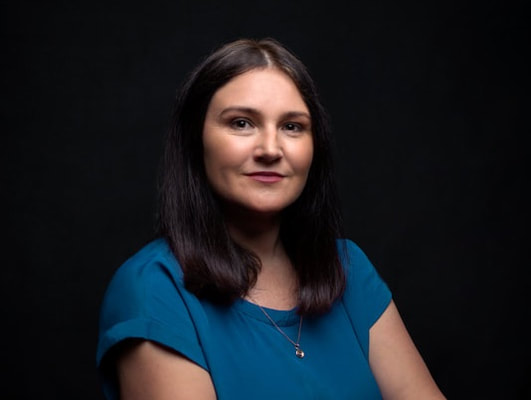 Heidi is the National Director of Solar Citizens, an independent, community-based organisation that protects and grows renewable energy and clean transport in Australia. She is also an independent Councillor for Bayside Council (NSW), and is an internationally award-winning film and television director.

I’ve always worked in the social justice and environmental space, but it wasn’t until the 2018 IPCC report came out that I really began focusing on climate. At that time I had two small children and seeing the predictions that would happen within their lifetimes was very scary. I realised that I needed to apply my skills to the climate movement,” says Heidi.

As an independent filmmaker, Heidi found ways to convey hard-hitting messages to audiences in receptive ways.

She enjoyed working with Hannah Moloney, a leader in permaculture, on a project called Radical Hope. It was initially pitched as a TV and web series that taught people how to take climate action in their own lives. The series looked at ways to make climate change cut through to a wider audience. Later, the concepts developed there were transformed into a book by Hannah called The Good Life.

After getting a taste for climate action, Heidi decided to join Australian Parents for Climate Action as a Communications and Campaign Director in 2020.

I had been working with campaigners for twenty years. Stories are so important in getting through to politicians, and I could empower other people to share their stories too and become spokespeople to media and MPs,” she said.

In her work with Solar Citizens, Heidi directs campaigns that pressure governments to address these intersectional issues.

We already have the biggest uptake of domestic solar per capita in the world; we’re a country that’s embraced solar through the Renewable Energy Target. It’s a no-brainer to now connect home solar with the charging of electric vehicles, especially with feed-in tariffs no longer being attractive. It’s as low as 60 cents per 100km to charge a car.”

She also emphasised the need to bring all Australians along for this journey, to consider what lower socio-economic groups may need to access this proposed scheme. Solar Citizens works with other organisations, such as QCOSS and Community Power Agency, on opportunities to improve clean energy security for people on lower incomes or in rental homes.

Heidi described the challenges of being an independent in Council, particularly with developing policies from scratch and having to do all the background research to inform them. However, she argued that being an independent means you can be totally for the community without the burden of carrying party politics. She’s inspired by the work of other independents who are frank and fearless.

Heidi’s work is underpinned by advocacy. Her newest feature film, Suka, features a diverse cast of Asian-Australians that shows different perspectives of life in Australia.

We’re all working for the greater good and it’s very refreshing to be around people like that. Being able to apply my skills in this space is fulfilling, because the entertainment industry isn’t always connected to a sense of purpose.”

You can take a look at the Make It Australian campaign, for more information about the current challenges impacting the local film industry.